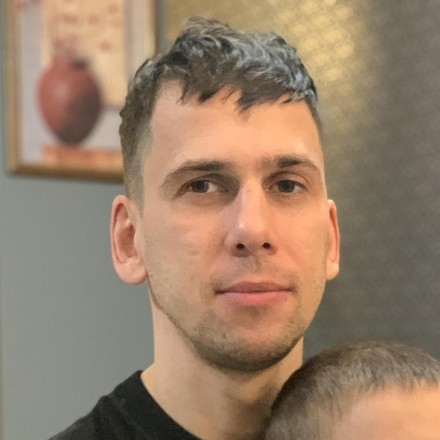 My name is Danil,
since 2016 I'm writing on Go, before that it was been Ruby on Rails.

There are two projects on Golang, developed on a commercial basis — these are backends to gaming mobile applications. More about them below, in the section «work experience». To these projects there is a common logic in the form of the open source, taken out in separate packages.

I can boast that the biggest advertising campaign, which brought us 50,000 new user registrations, for several days, and created a load of up to 120 RPS, are loaded the server by less than 10%.
Of these resources, 90% of the processor time and memory, had to database. The application written by me, has spent hardly noticeable amount of processor time and memory.
And this, in spite of the fact that everything readed from the database is cached and never re-read, either before the application is reloaded or before the TTL expires.

120 RPS — this is of course small. But to engage more traffic to the server, unfortunately, unable to.

In addition to these projects, there are others written individually by me. But, despite this, I'm a team player, and most effectively I work in a cohesive team of like-minded people)

Example of my code at github.

I have developed the backend. For example, RESTful API, TCP server for real-time communication (not yet released), as well as acceptance of payments via Apple Store and Google Play

I was developing the backend. For example, acceptance of payments via Apple Store. The application have operating easily on the 120 RPS load (50,000 of new users per week)

I was developing the backend and frontend.

This app stands out for its size: more than 50 models

I have developed the back end. For example, acceptance of payments via Paypal, as well as WebRTC-videoconference

I was developing the backend and frontend.

I have developed the backend. For example, full-text search in product catalog, as well as the system of automatic application restart in cases of fatal error or a server reboot

Ongoing contest, where the prize is a free of charge carrying out of plastic surgery

The most interesting — it is the file attachments using Paperclip gem

I have rewritten frontend from ColdFusion to JavaServer Faces